From Pirate Party Belgium
< Welcome
Jump to: navigation, search
This page is a translated version of the page Welcome/Guide and the translation is 100% complete.
Other languages:
English • ‎Nederlands • ‎français

This page is under construction ! To help newcomers, the goal of this page is to create a global yet not limited overview of the current way of working of the Belgian pirates. All help is welcome so get ready to pick up your pen. But first, should you want to discuss something, head over to the "discussion tab". 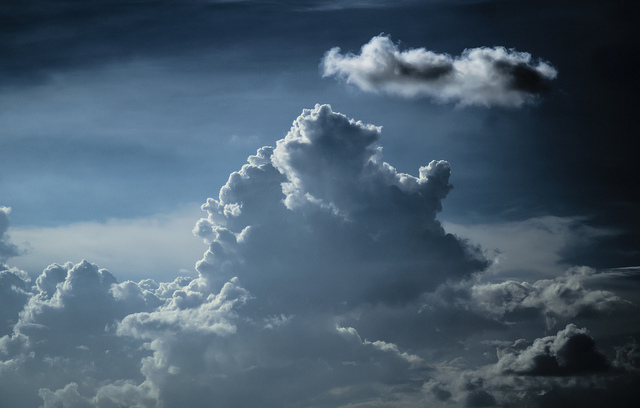 A cloud is how we would describe the Belgian Pirates. With a vague and moving outline, it changes in dimensions and forms, according to the seasons and air pressure ... It does not (yet ?) have the goal and efficiency of a swarm of bees, but it already is a separate entity in the sky, with its own structure and mode of existence. These elements of structure and their workings are explained below.

The pirate structure is not centralized. Centralization supposes the creation of a hierarchy, to which most pirates are allergic. The structure is also not decentralized, because decentralization supposes also the presence of a hierarchy. The structure is rather distributed. The distribution is supported by a perfect equivalence of all its entities, which are autonomous and free to organise without any direction « from above ». Thus it operates not from high to low nor from low to high, but horizontally (NB: see here to learn more about our structural theory).

The structure of the Pirate Party is described in the statutes, voted on and modified on multiple occasions during general assemblies. However, they are obsolete and little followed. Updating them is not an easy task, and pirates have better things to do, these statutes are simply ignored de facto.

Today the Pirates come together mainly in the form of crews. A pirate « exists » as an individuality (Pirate) and as a member of a crew. There are other entities that also play a role: the treasurers, the squads, and other Pirate Parties.

The pirates are a heterogeneous population which has to juggle multiple languages and political feelings. In practice, because there are pirates from both the North and South, they mainly speak English - a source of eternal discussion. The pirates are sometimes leftists, sometimes rightists, but mostly neither of them because « it has no meaning ». Some pirates are anarchists - often without knowing it. Therefore, in a big group, the words « boss » and « vote » very often raise an outcry. Besides, pirates criticize a lot (cf. do-it-ocracy below).

A pirate is a pirate because he acts as one. It's not necessary, nor sufficient, to have a member card. It's mostly possible to contribute a small fee in order to pay the bills: servers, room locations for the GA, ... The fee is yearly and unconstrained. It gives the right to vote at the GA, if there is a vote. The movements on the balance sheet are - normally - displayed in a transparent manner (with anonymization).

The crews are local groups of pirates who gather to exchange ideas and do things together. A crew has often (but not always) a captain (spokesperson or leader) and a navigator (secretary) but each crew can organize itself how it wants because the roles are not imposed. To ensure transparency and sharing of knowledge, each crew has to communicate online the dates of future meetings, and report an account of its activities.

A crew comes into being when there are a minimum of 3 pirates (cf. the rule of 3 pirates below). Practically, it often has an upper limit of fifteen. When more, problems of communication force the group to split up naturally. The number 7 is a magic number. The crews have been the most active entity up till now, probably because geographic proximity aids and intensifies the interactions. Beware, a crew is not a city or a region, and a city does not have one single crew. There is no exclusivity, only affinity.

The squads, or projects

Squads are the offshoots of ideas. They are work groups with a specific objective. A squad forms when multiple pirates decide to work together. Like crews, squads must document their work online. To ensure the representativeness of their actions, the squads are preferably made up of pirates of different crews.

At an GA, the pirates give their trust to other pirates who receive access to the party's account. Their mission is to pay the bills and manage a list of members. A very thankless task, it goes without saying...

The main opportunities to meet fellow pirates for now are:

Regular and informal meetings organized by the crews during which the pirates and interested people gather around some drinks (not necessarily beer!) to remake the world. It's the main entrance door for pirates, through which one can see the workings, decide to join and to stay, or also to get out again as quickly.

The work meetings of crews

Formal meetings, with an agenda and report. The meeting is often conducted by the captain and the report written up by the navigator, but this is not always the case. These meetings are usually weekly but can also take place more often (especially popular during election time!).

Monthly open work meetings (usually the last Saturday of the month) where pirates from across the country gather. The labs are « the potluck » of projects, born out of an urge of self-management. They allow all pirates to propose a project, to evaluate the reaction of other pirates, and to launch a squad to work on it. Thus it's a place of empowerment. Indirectly, they allow crews to meet regularly and keep in touch. Particular projects require the consent of all pirates, and the labs are also the place of conception and gestation of the general assemblies.

(AG, GA, AV): The GA is a sovereign entity of pirates. Only the GA can make official decisions, especially when it's about new expenses. According to the statutes, decisions are made by majority vote. Because the vote is a "loser generator", numerous pirates are demanding for other ways of voting, like consensus (= the lifting of objections)... against which others are ferociously opposed. The discussion is still open and experiments are still being carried out. There is a minimum of one GA per year, usually there are 2 or 3, with a changing location. A GA typically lasts a day and the meal is in the form of a potluck... for those who think about bringing something (and as a snack in town for others). The GA is grueling, so please bring chocolate.

The goal of this rule is to support taking initiative and autonomy, and is based on mutual trust. Consequently, everyone can start a crew! Another essential consequence to take in is that you « have to do it yourself instead of moaning » (respecting the rules above, and to let us know what you are doing and how !).

Do you have another tool to recommend? A little advice: first talk it over with the people around you (Acute Toolage has created havoc in recent years), and make sure the tool is open source.

The hand signals used by Occupy and Indignados have dig a little hole here. They permit expression (asking to speak, signalling agreement or disagreement, asking for the right to respond, ...) without interrupting the person speaking.